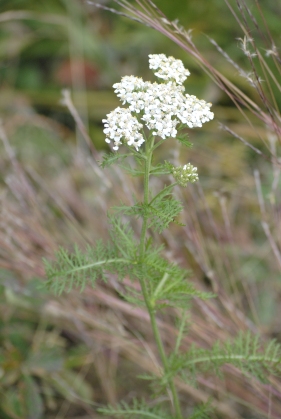 You may know Yarrow as a great garden plant for attracting small pollinators and beneficial insects. But there’s a lot more to it than that!

Yarrow, Achillea millefolium, has been used as a medicinal for a very long time. No, we’re not talking about your great-grandmother, we’re talking about Neanderthals. Archeologists have identified yarrow among the medicinal herbs that were buried with a Neanderthal 65,000 years ago. From Asia to North America, cultures of our own species have used yarrow medicinally for longer than records have been kept. In Greek mythology, the warrior Achilles was schooled on the medicinal uses of yarrow, for whom the genus has since been named. In recent decades, ethnobotanists noted that numerous indigenous cultures around the globe were using yarrow to treat the same types of ailments, an indication that an herb is in fact probably medically active for those conditions (see table). In this millennium, these suspicions have been borne out by recent clinical trials showing: more rapid healing of flesh wounds; decreased menstrual pain; improved kidney function; improved liver function; and improvement of dry mouth in chemotherapy patients. Gee, those Neanderthals were on to something!

But is Yarrow a native plant? Again, research conducted in the new millennium has shown that what we once called Achillea millefolium is actually a cosmopolitan complex of species and subspecies. Among those, American Yarrow (Achillea borealis), arrived in North America via the Alaskan land bridge during a period of low sea level, probably within the last one million years. Since that time, it has spread across the continent, using a powerful bag of evolutionary tricks to adapt to diverse environments such as dunes, mountain tops, and mesic meadows. Populations from these different environments are genetically distinctive, and there are likely to be multiple ecotypes even within a local area. According to Weakley (2015) if you encounter Yarrow in a native meadow in the Mid-Atlantic, it is most likely the native American Yarrow. However, the similar-looking aliens A. millefolium and A. filipendulina are sometimes found in disturbed areas, especially near port cities like Washington, D.C. and Baltimore. 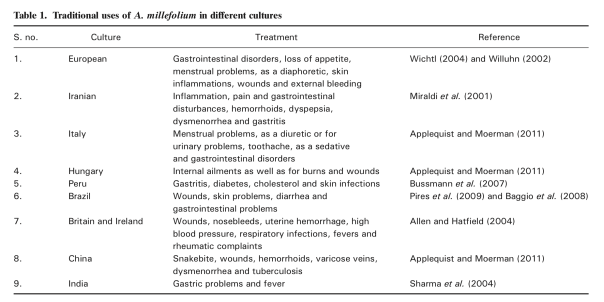 How does all this research affect you personally? As a sustainable gardener, you can help to preserve genetic diversity in American Yarrow by purchasing yarrow from a local grower who collected seeds from a nearby source, and even preferably from a parent population with similar growing conditions. The implications for medicine are profound, given that different species, subspecies, and ecotypes of Achillea will have different pharmacological properties, a topic which researchers have barely begun to address. So save your local populations of American Yarrow, and someday they just might save you!

As always, please consult your doctor (rather than our gardening blog) for medical advice!

Flora of the Southern and Mid-Atlantic States: Working Draft of 21 May 2015. Weakley, Alan. The University of North Carolina Herbarium. http://www.herbarium.unc.edu/flora.htm

← Why Is Leyland Cypress Turning Brown? Winter Took Its Toll
Featured Video: Keep Bugs Off My Vegetables! How to Deal With Insects in the Garden →