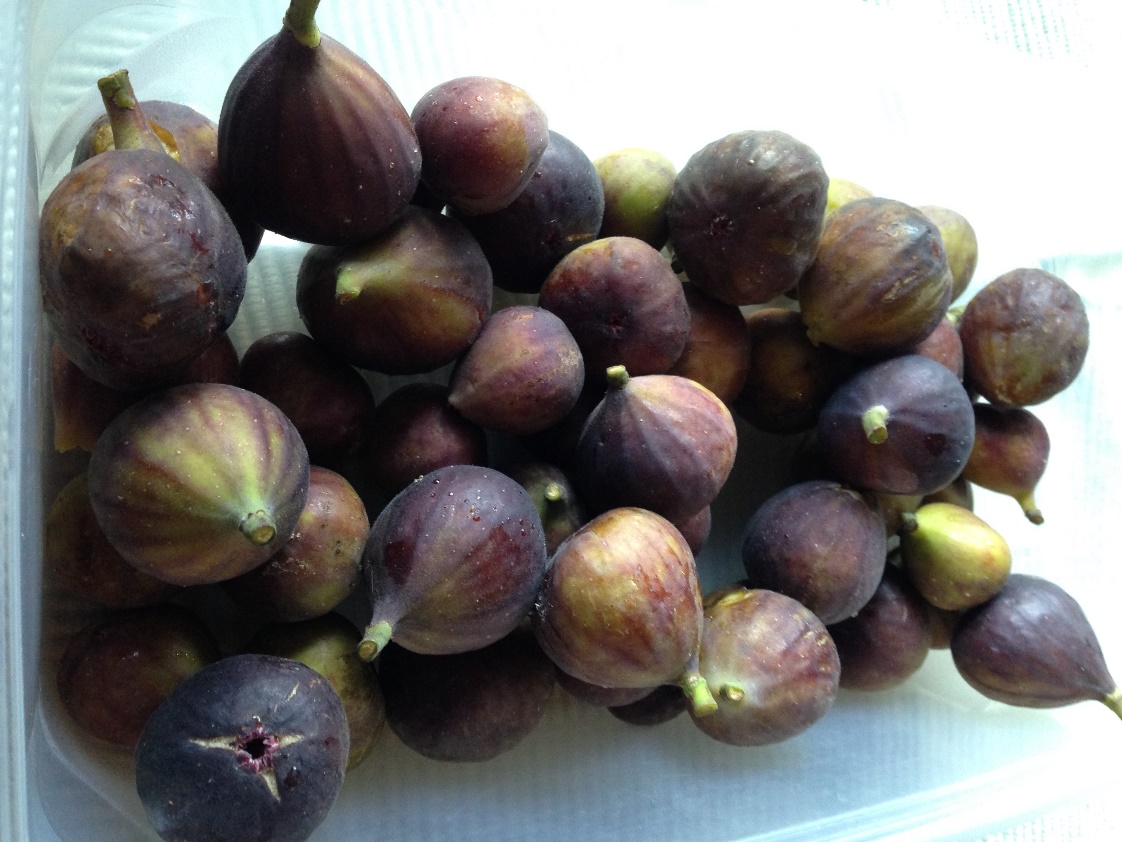 Container of fresh-picked figs. Eat at once as they only hold up for 12-24 hours on the kitchen counter. Do not refrigerate!

Fig questions have been pouring into the Home & Garden Information Center’s Ask an Expert service this fall. One reason for this, I think, is that most of Maryland’s fig trees were not “killed to the ground” during the relatively mild winter of 2016-2017, and were, therefore, able to produce good crops on the new shoots that grew from trunks and branches. 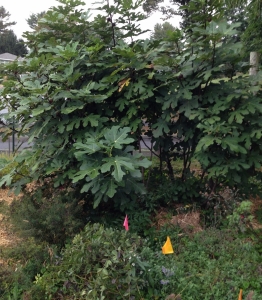 We were not so fortunate during the winters of 2014-2015 and 2015-2016. Prolonged freezing weather during those winters killed most of the above-ground plant parts. (Fig wood is damaged when temperatures drop below 20⁰ F.) Gardeners were left to cut and remove the dead trunks and branches.

The good news is that fig root systems almost always survive even the coldest winters. The bad news is that the new shoots growing from the roots the following spring rarely produce a crop. Frequently you’ll see many small green figs develop in summer that do not fully enlarge and ripen before the first frost.

Some common fig questions this year:

Overly vigorous plants that are fertilized regularly may remain in a juvenile stage. Stop fertilizing. Excessive nitrogen can also cause fruits to drop. Extreme heat and drought, low sunlight, and crowded branches are other factors that can reduce fruit numbers.

“My figs stay green and won’t ripen. How come?”

Be patient, it can take up to two months from the beginning of fruit formation to full ripeness. But sometimes the growing season is not long enough for figs to ripen. This is especially true 1) in the colder parts of the state, 2) with late-maturing cultivars, and 3) when figs are growing on new shoots after severe winter die-back. Lack of water, compacted and low-fertility soils, and insufficient sunlight can affect fruiting.

“How and when should I prune my fig?”

The race is on… will these immature fruits ripen before the first frost? It depends on Many interrelated factors: cultivar, weather, soil, sunlight, etc. Green figs will not ripen off the tree but fruits that are almost fully ripe will continue to soften and sweeten on the kitchen counter in response to ethylene produced by the figs.

10 Comments on “The Elusive Fig”